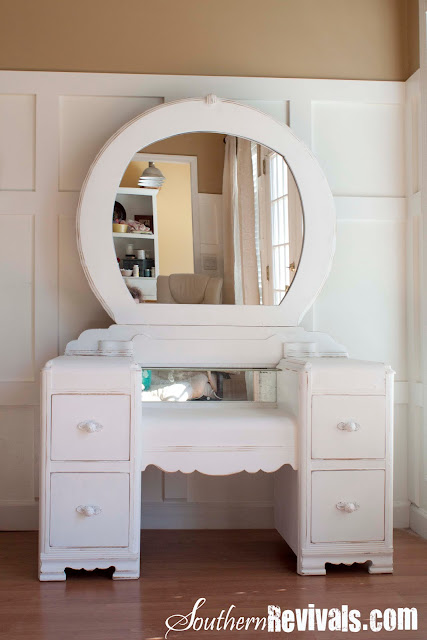 I recently revived an old vanity dresser with mirror for a client. I’m not certain on it’s age but I’m guessing the time period to be between 1930s – 1940s. It started out life with a stained wood finish and at some point got an updated yellow one. 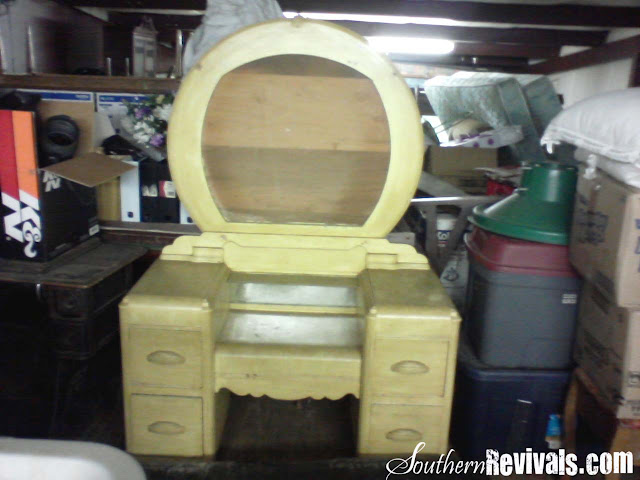 Somewhere along the way she lost her mirror. Her new yellow paint was applied over loose veneer and water had made it’s way underneath that veneer. Water, paired with a latex finish is a virtual petri dish for growing mold….and growing mold she was. Poor girl! 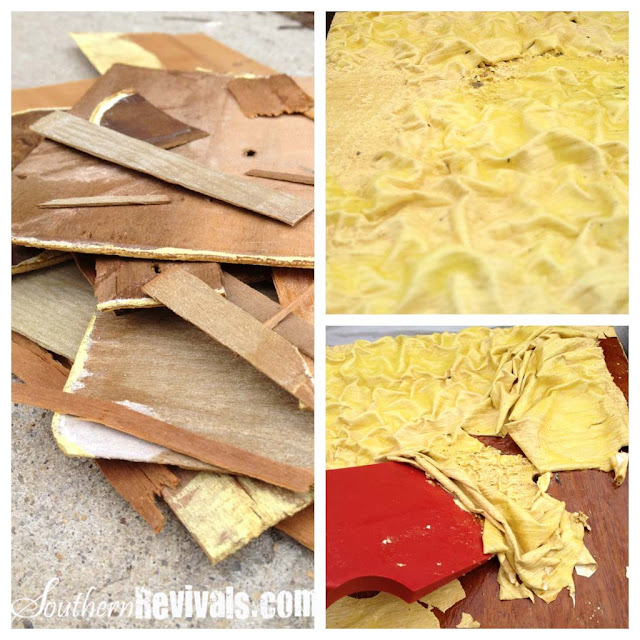 Originally, before I realized the extent of her damage, I thought I’d just remove the paint and apply a nice, fresh coat of paint. I quickly realized upon removing the paint there would be more to it than that. The loose veneer, instead of being removed, had been caulked or primed into place along the base of the vanity leaving it bubbling underneath and allowing moisture to accumulate between the veneer and the wood underneath. This called for the emergency removal of approximately nine hundred and sixty seven pieces of veneer. Have I ever told ya’ll how much I hate removing veneer??

But it was necessary to save her life so that’s what I did! 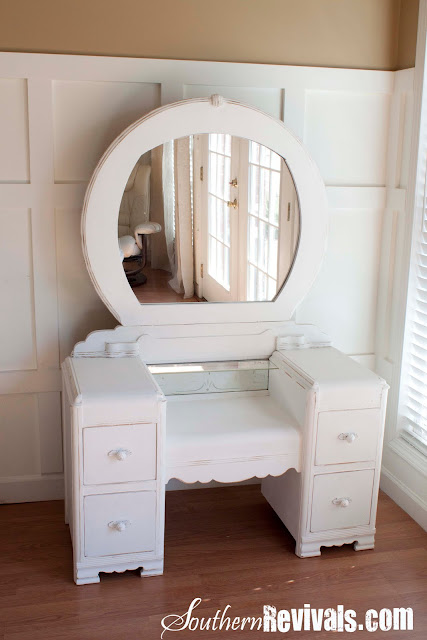 But then, when all the hard work was done, there she was. A nice clean, blank canvas. And even though I still have a veneer removing blister, it was totally worth it! 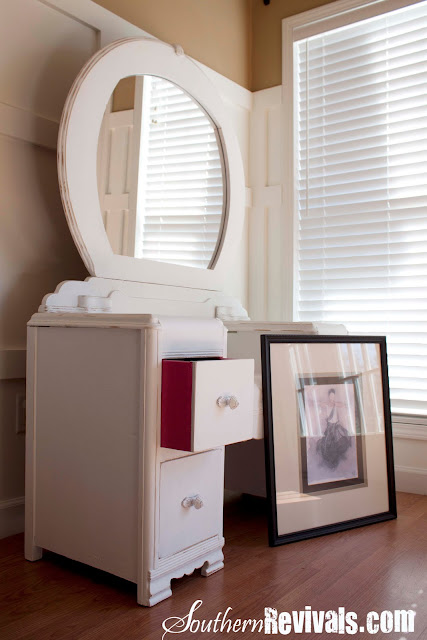 This time she got a fresh white finish, which I think suits her much more, with little pops of very berry pink when her drawers are opened. 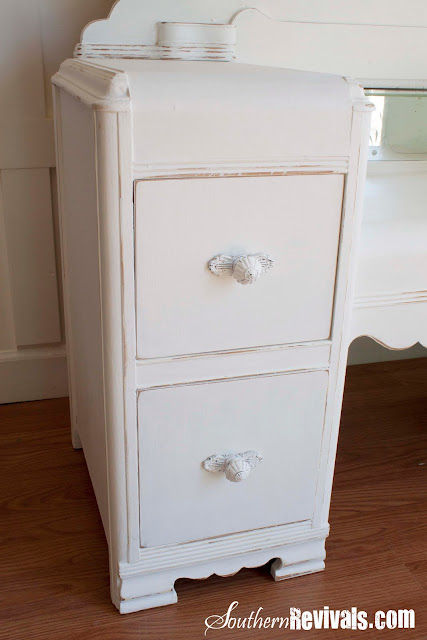 New shabby chic pulls to complete the look and give her a very dainty appearance which makes her perfect for a little girl’s room. Because that’s exactly where she’s going! 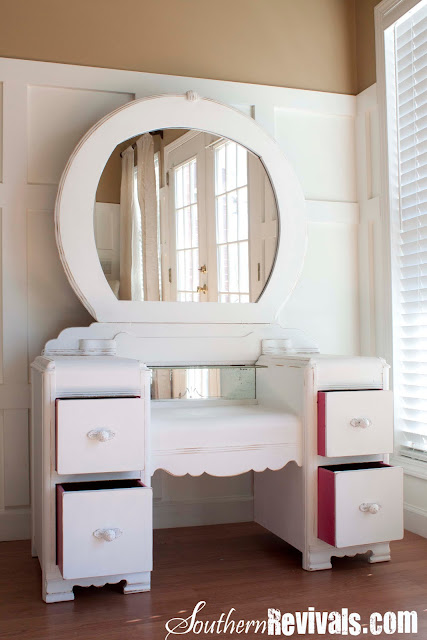 Of course she needs to be fun, too and I think her little pink drawer sides achieve just that. 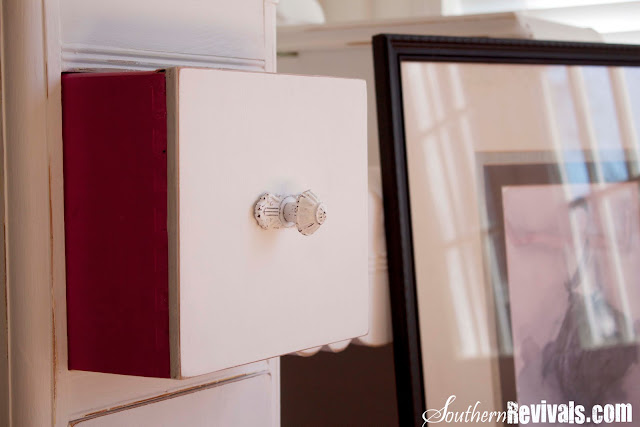 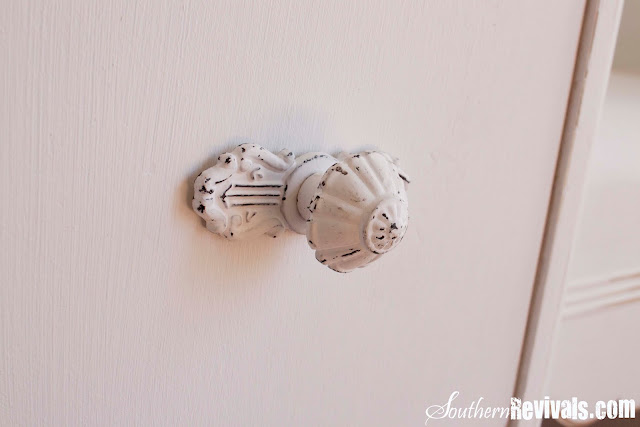 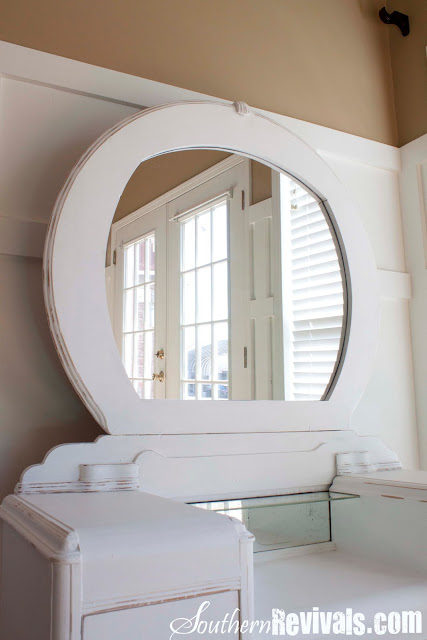 It was finally time for a new mirror. I opted to have the mirror placed INSIDE the frame as opposed to it’s original fit which called for it to be placed outside the frame and rest on the upper portion of the vanity. I don’t know, I just like this better. 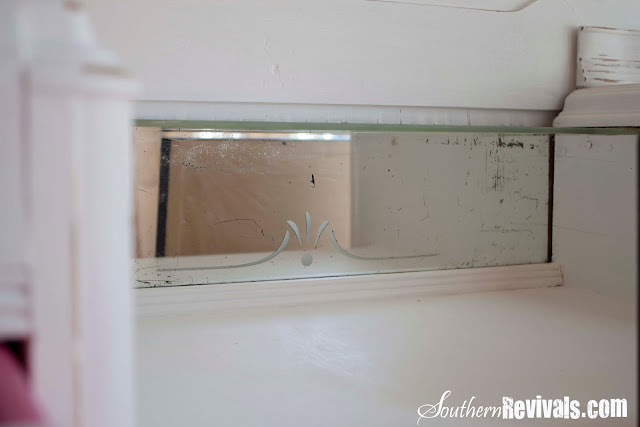 I left the original mirror and little glass shelf that came with the vanity table itself. I just cleaned it up really well with my handy dandy Fish Foam (LOVE that stuff) and it was almost as good as new. Not too new, mind  you! We like those little dents and scratches here and there. After all this tells her story and we wouldn’t want to erase that. 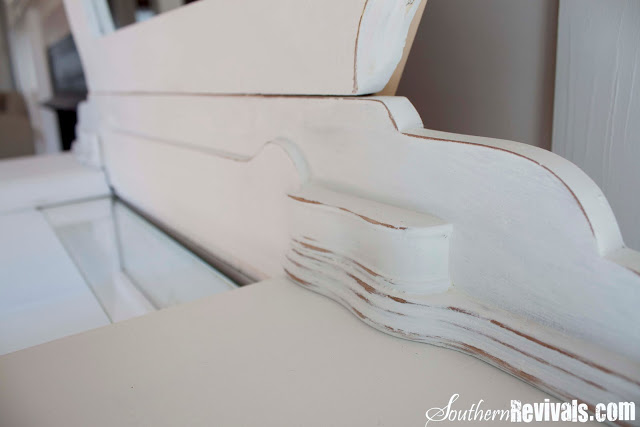 She has gorgeous lines. She’s fresh and new and is living the good life with a little girl who loves her. Doesn’t get better than that! 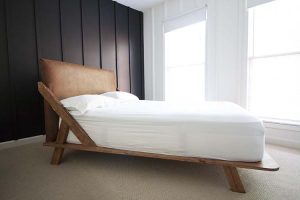 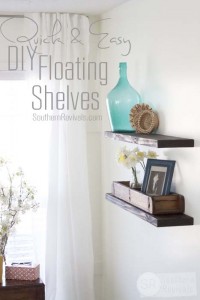 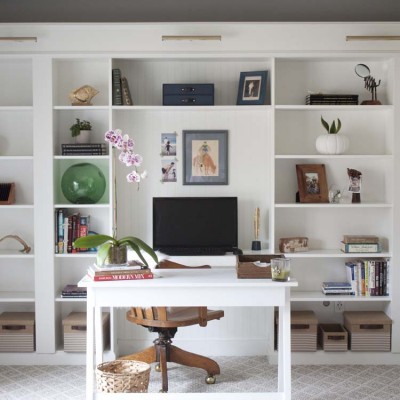 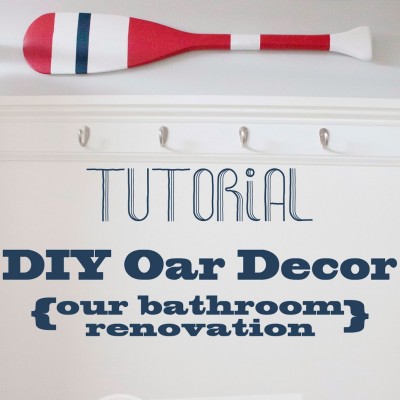 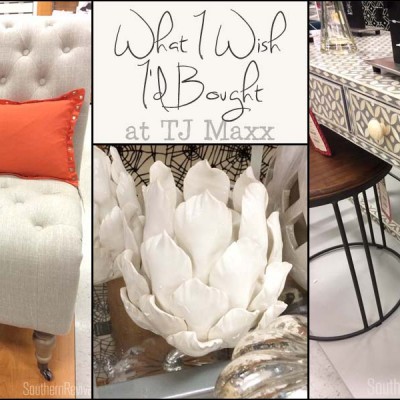 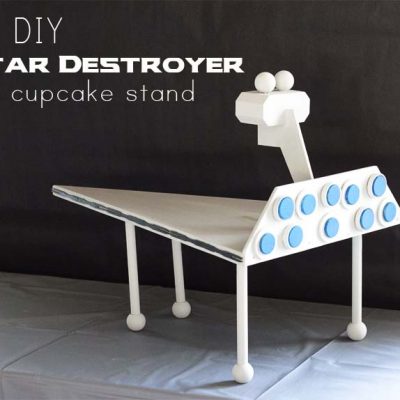 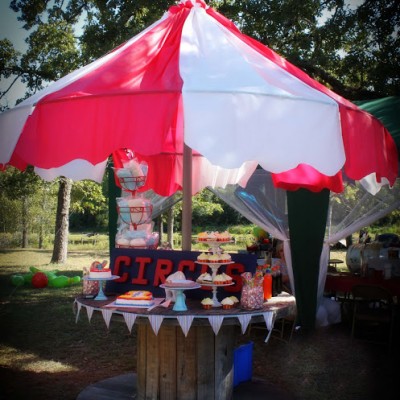